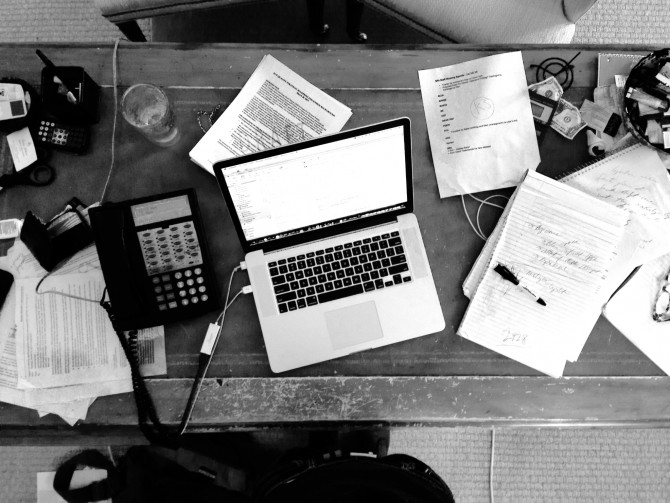 What Does Your Desk Say About You?

Are you at your desk? Stop what you’re doing and take a look around you.  Is it utter chaos?  Is there a place for everything and everything in its place? What does this say about your personality, actions and habits?

I found the results of the study fascinating, in part because they suggest we can gain deeper insight into how our coworkers act and think by taking a closer look at their desks. I immediately thought of two of my colleagues at opposite ends of the desk spectrum, who I will refer to as Tidy Desk and Messy Desk for the sake of anonymity. Before reading this study I hadn’t thought much about the correlation between desk appearance and behaviors or actions. But the study’s findings eerily align with some of the things I know about Tidy Desk: she is a marathon runner, volunteers for a local charity, and goes to church on Sundays.

The Tidy Desk: Files are neatly organized and labeled by client. Business card holder is well stocked. Notebook contains list of items to accomplish, numbered in the order to be accomplished, with completed tasks crossed off.

Messy Desk is a big-picture thinker who is eager to embrace new ideas. He openly expresses his disdain for processes, procedures, and administrative tasks, which his desk  – and the study’s findings – seem to corroborate.

The Messy Desk: Not a file folder to be found. Papers strewn about in no particular order. Several notepads contain scribbles that are illegible to the untrained eye.

But wait, there’s more that desks can tell you about your coworkers. Sam Gosling, author of Snoop: What Your Stuff Says About You, says that the things we own and the way we assemble them offer big clues into who we are and how we are perceived by others. Here are just a few examples:

So, what does your desk say about you?